An Interpol-issued Red Notice is a global alert to hunt and capture the world’s most wanted. But when a daring heist brings together the FBI’s top profiler (Johnson) and two rival criminals (Gadot, Reynolds), there’s no telling what will happen.

About Netflix:
Netflix is the world's leading streaming entertainment service with over 209 million paid memberships in over 190 countries enjoying TV series, documentaries and feature films across a wide variety of genres and languages. Members can watch as much as they want, anytime, anywhere, on any internet-connected screen. Members can play, pause and resume watching, all without commercials or commitments. 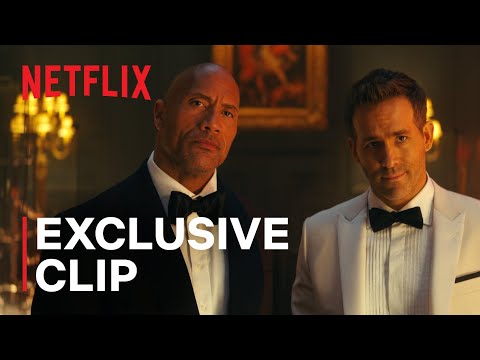 RED NOTICE EXCLUSIVE CLIP DEBUT - Here is your sneak peak into Red Notice! An Interpol-issued Red Notice is a global alert to hunt and capture the wor...