NASA's SpaceX Crew-2 mission  is currently set for liftoff no earlier than April 20, atop a Falcon 9 rocket from Launch Complex 39A at our Kennedy Space Center in Florida. This will be Kimbrough's third trip to space, McArthur's second, Pesquet's second, and the third spaceflight for Hoshide. 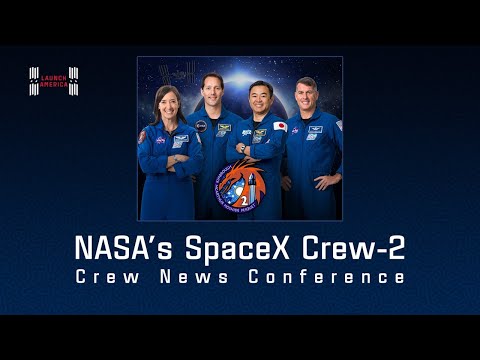 Watch a live Q&A with the next four astronauts launching to the International Space Station aboard the SpaceX Crew Dragon! NASA astronauts Shane Kimbr...